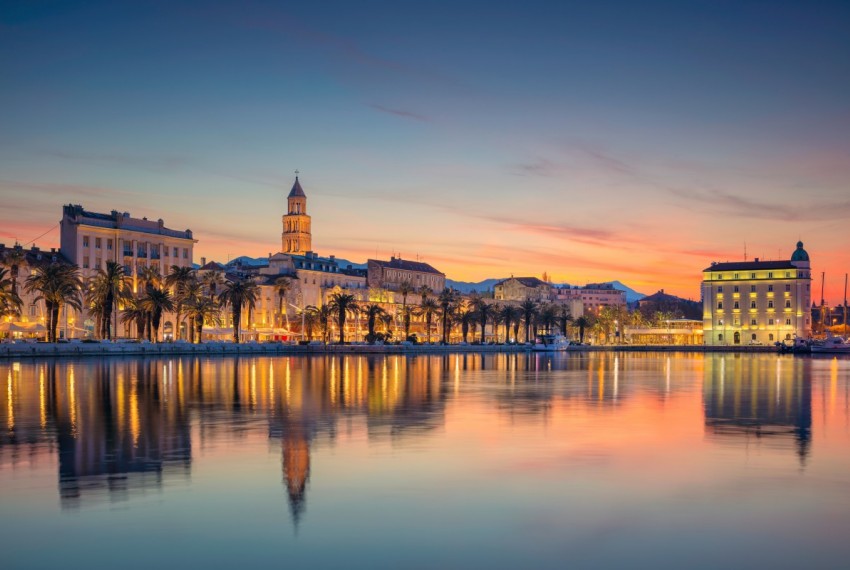 1. The Old Town of Split

First, let's get the obvious out of the way: visiting the old town is the first thing you should do when  you get to Split. It is the heart and soul of Split, set in the Roman palace dating back to the early 4rth century, which is alleged to have been built by Emperor Diocletian as his retirement home. Every visit to Split, short or long, inevitably focuses on wandering Split’s narrow, cobbled streets, discovering hidden alleyways, enjoying beautiful architecture and popular Split landmarks.

Although not necessarily the best, it is definitely the most popular tour of the past few years. Split offers countless city tours, our reccomendation? Check out the 'Secrets of Split- 3-hour Walking Tour with Lunch,' or, if you are short on time, the 'Split 75-minute Walking Tour.' If you enjoy super fast-paced tours, check out Split's Segway tour: it's fun, it's lively, and it covers a little more ground than the first two we mentioned.

As with any city/village/town in Croatia, the beach is among the first things you want to go see. Split has an endless offering of, as the croats would say, plaže! We wouldn't be doing our job if we didn't mention the most famous one you've probably seen on thousands of lists already: Bačvice. Closest to the old town, and the only sandy beach in the city, it's one downside is being over crowded during the peak of the summer season, so it doesn't hurt, if you've planned your trip for July/August, to explore the beaches at the foot of Marjan Hill, which are generally less crowded. While you are there, make sure to:

4. Play a Game of PICIGIN with the Locals

This game is said to be older than soccer, and is played with an old, stripped off tennis ball, in shallow water. The idea is to have ball in the air for as long as possible. There aren’t winners in picigin. Normally it’s played by five players, each standing 6 to 7 meters one from another. The main idea is to throw ball to other payers in a way to make them do attractive jumps, and acrobatic moves. Players can only hit the ball with their palms.Picigin is an integral part of Split identity. And if you visit Bačvice beach (anytime of the year), you should see locals playing this fun game. If you have a chance, join in with locals to try your luck at picigin.

If you're not a fan of cities, Split has great connections with surrounding islands. You would be surprised at how many people visit Split just to hop on a ferry. Island hopping is fun, but although it’s relaxing, you still have a destination in mind that you want to reach. How about a simple day of sailing without anywhere to really go, no real place in mind where you need to arrive. Just pure relaxation at the sea. Out of hustle and bustle of Split, or any tourists-filled sites.

If I want to get a quick idea of a place I’m visiting, I always do two things. I visit a local supermarket. And I try to taste an authentic local dish. They can tell you a lot more about the people than any guide book, they are a sneak peek into the habits and lifestyle of the poeple who created them, if you know what to look for. Dalmatian food is really tasty, but unpretentious and clean. Their diet is Mediterranean, filled with blue fish, green veggies, and they also have succulent stews that cook for hours, like pašticada and brudet, tasty to a tee.

If you're interested in a cooking class, some recommendations are: Art of Wine Cooking Class by Jakša Bedalov or take a food tour like the Split Culinary Tour and Culinary and Wine Tasting Tour of Split.

As we mentioned above, Split is one of the top destinations of Croatia for many reasons, and one of the more important ones is its interconnectedness with other cities and points of interests like: