Discover the beauty of Dubrovnik, cultural metropolis and the most remarkable medieval walled city in Croatia. Explore the secret spots of the Kings Landing, Game of Thrones.

Enjoy the scenic route along the winding coast to Dubrovnik and stops at several overlooks for amazing panoramic views of the Dalmatian islands. Famous for its wonderful Renaissance and Baroque architecture, two kilometers long walls, Old Town's central street Stradun, Rector's Palace, the Lovrjenac Fortress and many pictoresque squares and churches of this amazing town.

What should you visit?

Itinerary of the tour:

*The itinerary changes depending on your preferences. For instance we can spend 1h less in city Dubrovnik and on our return to Makarska we can stop for some wine tasting.

Given that the whole world is currently struggling with the Covid-19 pandemic, it is worth mentioning Lazarete as a curiosity of Dubrovnik.
Lazareti were built as one of the preventive health protection measures for the inhabitants of Dubrovnik during the Dubrovnik Republic.

Since Dubrovnik was an important port city and received travelers from all over the world, on July 27, 1377, the Grand Council of the Republic of Dubrovnik passed a decision introducing quarantine for the first time in the world as a measure to protect against the introduction and spread of infectious diseases, especially plague. . This decision was published in the so-called Green Paper (Liber viridis) entitled Veniens de locis pestiferis non intret Ragusium nel districtum (Whoever comes from the infected areas, let him not enter Dubrovnik or its territory).

You can see the infirmaries on a tour of the fortresses -  Minceta Fortress, Revelin Fortress, St. Ivana and the most famous, the Lovrijenac fortress.

We have to tell you another interesting thing, and it refers to Stradun Street.

Stradun or Placa, as the people of Dubrovnik call it, is the main street in Dubrovnik, more precisely in its old town. The name Stradun comes from the Venetians, who mocked the length of the street because it is the name for a long street, and Placa from the Latin word 'platea' which means street.

The whole street is paved with stone blocks, so polished that they shine like parquet, which can be ticklish during rains or in winter when it gets cold. In addition to the two gates at its beginning and end, there are also two fountains, the Great and Small Onofrio's Fountain, and two bell towers, the City Bell Tower and the bell tower of the Franciscan church and monastery.

Today's appearance of Stradun was given after the catastrophic earthquake in 1667 when the whole city was destroyed. After that earthquake, the city authorities determined by statute the manner of construction of residential buildings on Stradun. The ground floor was always reserved for ‘business’ space, the first floor for residential, and the bedrooms were located on the second floor. Interestingly, the kitchen and other utility rooms were located in the attic. After the earthquake, a large fire broke out which destroyed a large number of buildings and the city authorities by the same Ordinance ordered the kitchens to be moved to the attics, in order to prevent the spread of the fire.

However, we will not reveal all the details, it is best to visit Dubrovnik and see for yourself.

Price of the private tour

*The price refers to the group of people

Price does not include: 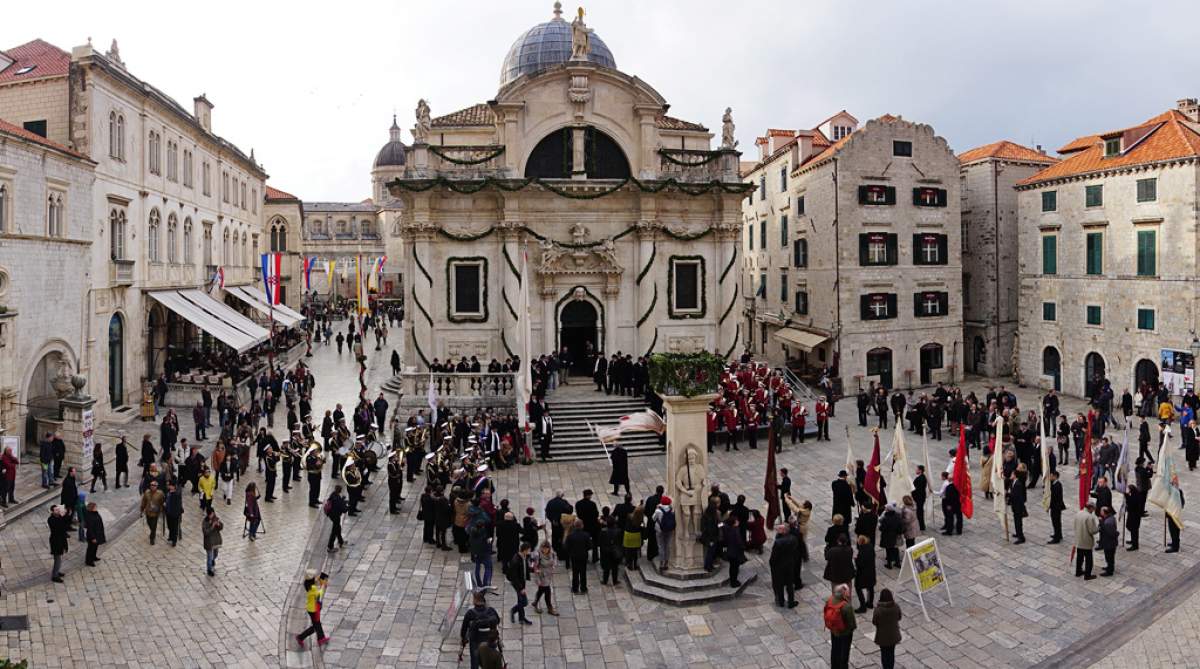 We suggest you take it with you: