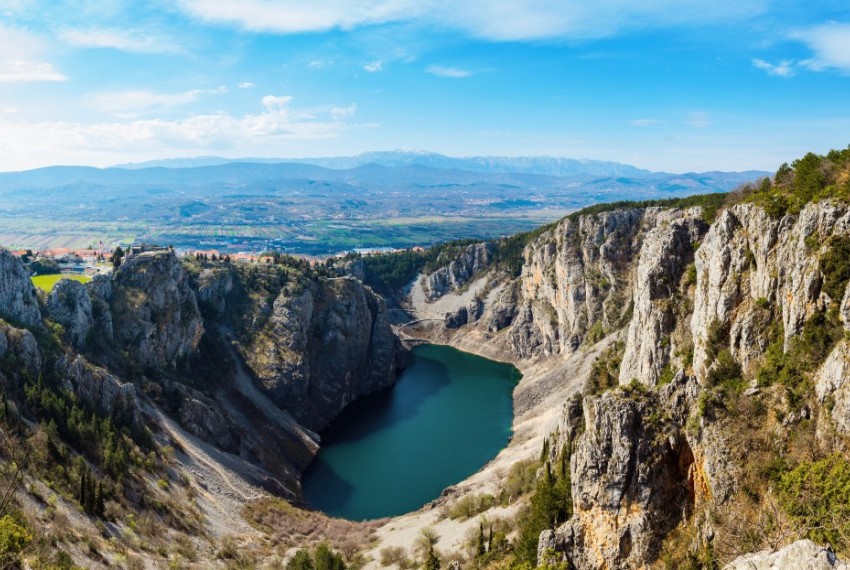 It is common for most people to think of beaches, islands and the crystal clear Adriatic sea when they think of Central Dalmatia; however, they are only eating one piece of a very large cake.
Just a quick trip away from the coast, lies one of Europe's most intriguing regions- commonly known as inland Dalmatian.

You will experience traditions dating back hundreds of years, adrenaline tourism to match the standards throughout Europe, natural beauty, indigenous wines and gourmet bliss, UNESCO World Heritage Sites, and more than two millennia of history, culture and tradition.

Despite its relatively small size, the beating heart of the Dalmatian inland, Imotski, will captivate even those who think they've seen it all with its unusual allure. Unlike Dubrovnik, a city who's history you can't seem to escape, Imotski unravels its stories only through your own willingness to explore.
Imotski is most famous for its lakes, which have already made it on the tourist map of Dalmatia. Again, this is just a small bite of a big apple, because the Imotski water world has so much more to offer such as Vrljika, a sinking karst river that goes under seven different names along its 70km flow. Random rocks, caves, and sinkholes have inspired countless local folk tales of heroes and heroines, cursed rulers, fairies and angels, making Imotski home to several magnificent poets.

Combine the harsh nature and glorious poetry of Imotski and you will get a one-of-a kind experience.