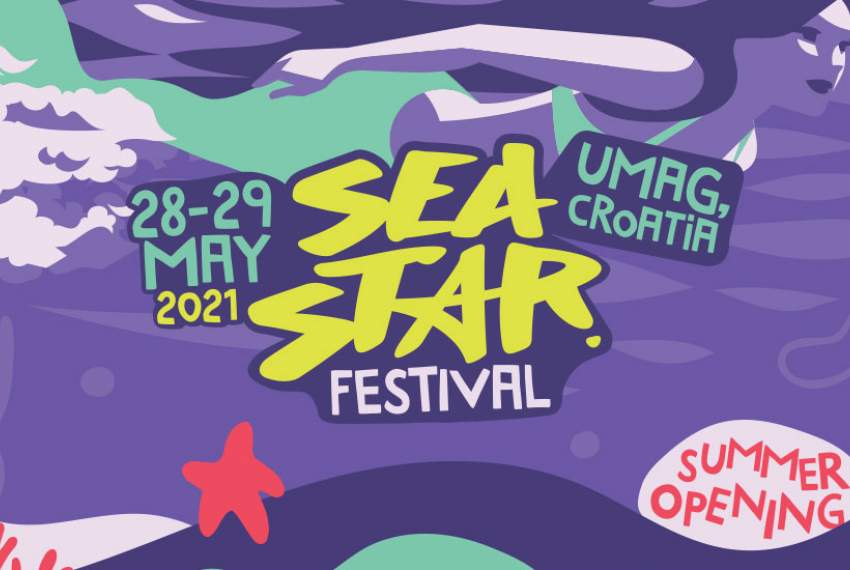 The fourth edition of Sea Star Festival, a multiple Best European Festival nominee, is coming to the Stella Maris lagoon on 28-29 May 2021 aiming to surpass all its previous seasons, along with a Welcome Party on 27 May and a Closing Party on 30 May.

The first three Sea Star editions have charmed the numerous audiences and the international and regional performers who have talked up the quality and vibe of the festival, stunning Croatian coast, as well as the hospitality. The 2019 edition brought many improvements with the new looks of Addiko Tesla Stage certainly being the most spectacular one. It was the largest stage ever set in this part of Croatia, dominating the beautiful lagoon where the festival is set.

The success of the 2019 edition once again resulted in the Best Medium-Sized Festival nomination, i.e. the best festival up to 40,000 visitors at the European Festival Awards! Sea Star’s success fits in perfectly with the success of all other EXIT family festivals which earned five nominations in total.

A stunning location, world renowned artists and an outstanding production make this festival a must see!

Sea Star is a part of the EXIT family, together with the award-winning EXIT festival in Novi Sad, Sebia, as well three other festivals: Sea Dance in Buljarica, Montenegro, Revolution in Timisoara, Romania and No Sleep Festival in Belgrade, Serbia.

Umag, a town at the north of the mind-blowing Croatian seaside isn’t just a breathtaking combo of baroque and renaissance and Mediterranean climate. Now, this town is richer for one more event – the Sea Star music festival set in the Stella Maris lagoon.

With a number of attractions including a surreal looking lagoon and cocktails served day and night, this Croatian town is the perfect site for those endless nights on the beach and energetic parties combined with new friends and fun in the sea.

Umag’s connection to nearby European and regional cities and countries is another perk of this charming seaside town, making it even more attractive.

If you are already planning to be in Umag in May because of all this, don't worry, you won't be the first: we have already heard about cases when vacations are planned in the dates of the Festival.

The Sea Star Festival arrives in the Stella Maris Lagoon on May 28 and 29, 2021 with a serious plan to surpass all previous seasons, with a Welcome Party on May 27 and a Closing Party on May 30.